Marketing Tactics: Extreme Strategies You Have to Read to Believe

At Farotech, we understand that the world of marketing is all about innovation. Every day, individuals and companies try new ideas to get the attention of potential clients. Some of these marketing tactics are wildly successful and set a new standard for competitors; others, though entertaining, offer little more than a warning to others. Just check out these: 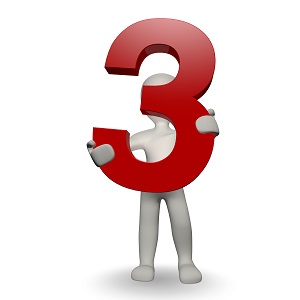 The Amazing Race (That Didn’t Happen)

Would you ever challenge your competitor to an outright competition in the view of the online world? Or, seeing a growing challenge between others in your field, would you be bold enough to invite yourself to join in? Both of these things happened in early 2010 when MINI challenged Porsche to a race. Although Porsche declined the invitation, the video went viral, bringing MINI into a whole realm of conversation. Meanwhile, Hyundai noticed the good press and decided to join in, challenging MINI to a race of their own. How’s that for a new, and incredibly effective, take on the old bandwagon?

Talk of the Town

Although its an older example, Half.com still wins the prize for one of the most shocking marketing tactics out there. In 1999, the company–then a small startup–successfully invited the tiny town of Halfway, Oregon to change its name to Half.com. That’s right; the town would become the first “dot-com” city in the country in exchange for a deal aimed at improving the economy of the small town. This agreement certainly helped the company achieve its goal of being recognized as “out-of-the-box thinkers.”

Finally, no list of extreme marketing tactics would be complete without the famous stratosphere jump. In 2012, Red Bull took extreme marketing to an entirely new level by sponsoring a groundbreaking jump from the edge of space. While the world looked on, Felix Baumgartner became the first human to break the sound barrier without any form of engine power. And in every glimpse of this historic free fall, there is no question about who is sponsoring the project. Through this record breaking stunt, Red Bull secured its identity as the energy drink of the extreme, the extraordinary, and possibly even a whole new world of marketing.

Of course, each of these extreme marketing tactics, which push the boundaries of the imagination, were only possible because they were built upon an solidly established foundation of corporate identity, branding, and standard marketing practices. Contact Farotech today to get your own business off to a solid start; we can’t see what you think of next!