Let’s face it, winning on social media is harder than you think. Whether your goals are to engage existing clients or customers, or if you’re going to use social media to generate new business, understanding the history of social media will be a very important tactic for you to know so that you can plan your approach effectively in the future. 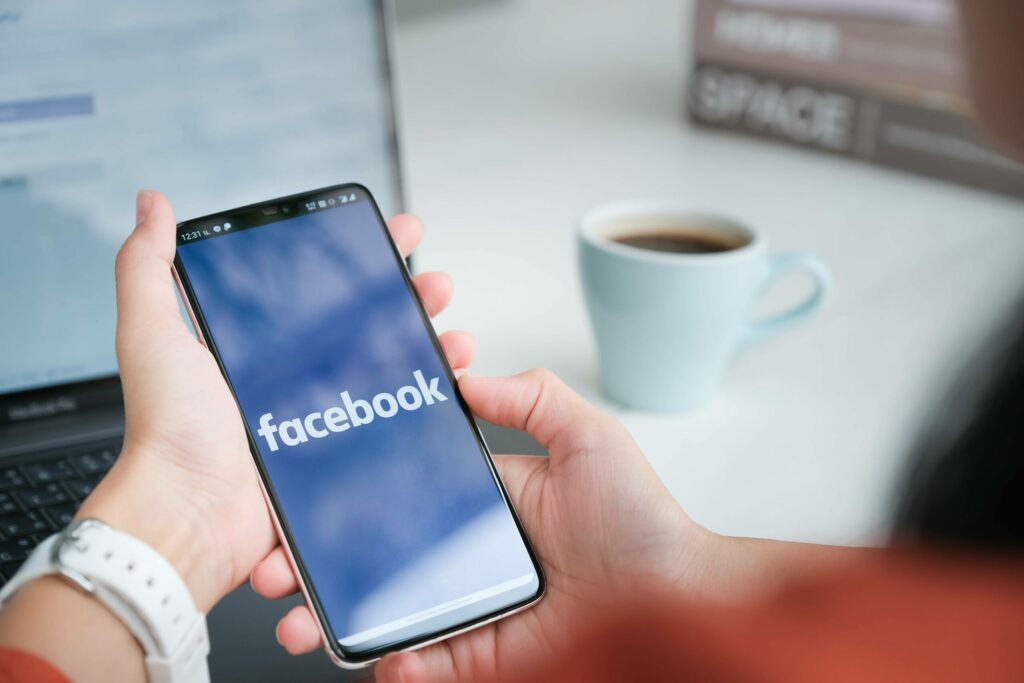 While I do believe that Facebook is a dying star, which we can talk about later, their past trajectory tells probably the most obvious story on how marketing got from here to there in regards to social media.

So first off, what I want to say is that what Facebook did was nothing short of miraculous. Their success story is quite unique. They were able to expand their company to the point where they had millions of people, even billions of people and active users who use their website daily. You see, the number one thing that Facebook did very well, right from the start, was the ability to gain early adoption.

They did this through a number of different factors. One of the number one things that they did was they used the marketing strategy of exclusivity.

What it did was it cashed in on the fear that people have of missing out. Eventually, they started to capitalize on the Ivy League schools. Then they expanded to colleges. It was just a matter of time before they expanded even beyond colleges.

One of the funnier lines from the movie, The Social Network, is the one from one of the Winklevoss twins saying, “You know what, I couldn’t even give away drugs as fast as Facebook is growing.” Facebook’s growth was absolutely exponential.

The only problem with that is that early on, they were not making any money.

You know what, their investors actually didn’t even care. What they wanted to see was mass adoption of the platform. The more and more market share that Facebook could consume to fly past Friendster, MySpace, and other platforms, that was the number one ingredient that they needed to do. 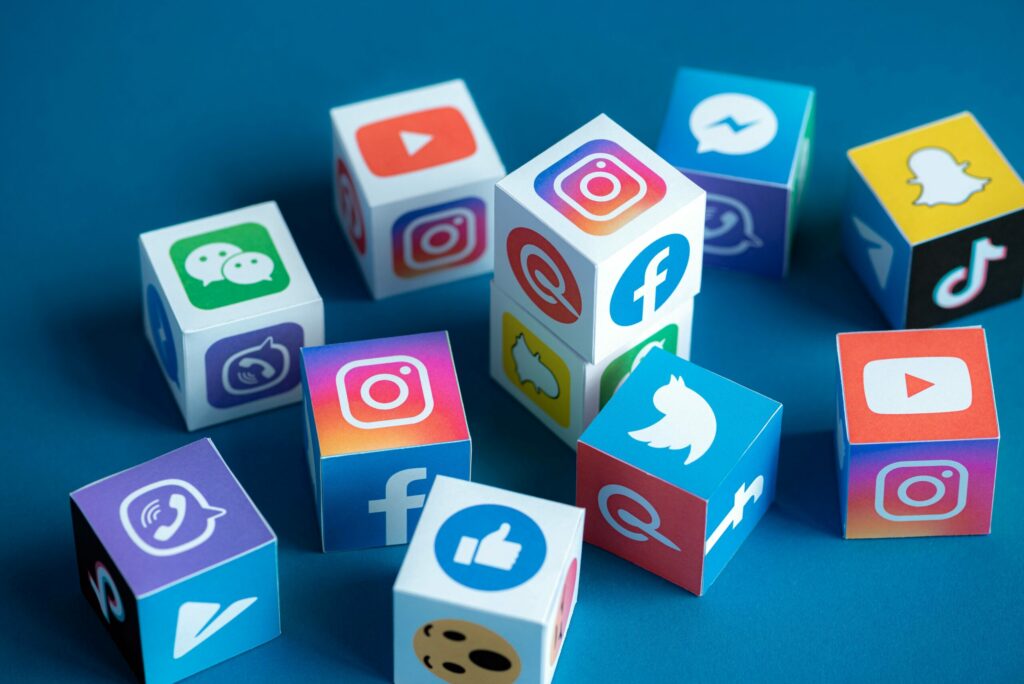 The second thing after that is that they needed to make sure that people stayed on the site for as long as possible. What I call that is just developing an addiction for social media.

Then finally, they got to monetization. So how did it all play out?

Well, first off, almost all social media platforms do what Facebook did, but Facebook was one of the first ones to do it really, really well.

Here’s what they did. First off, they gained a ton of active subscribers to their platform.

However, once it reached critical mass, Facebook actually did something even more brilliant. What they did was they gave companies unlimited free access to the social network.

Companies came in flocks. They thought, “Wow, this is a goldmine! One website where I’m going to get all my potential clients to tell me everything about themselves, where they live, who they associate with, what they like, and what they don’t like.”

It was a perfect place to market your products and services to a specific target audience.

Suddenly, all the free visibility that they were used to getting was gone. When companies wanted to reach out to their audience, including their fans, likes and connections, they went from seeing a lot of content to practically nothing.

In fact, this Forbes article suggests Facebook made billions off of this. So when I say practically nothing, 40% of your content that used to be seen by your fans, followers, likes and connections was down to an astonishing 2%. 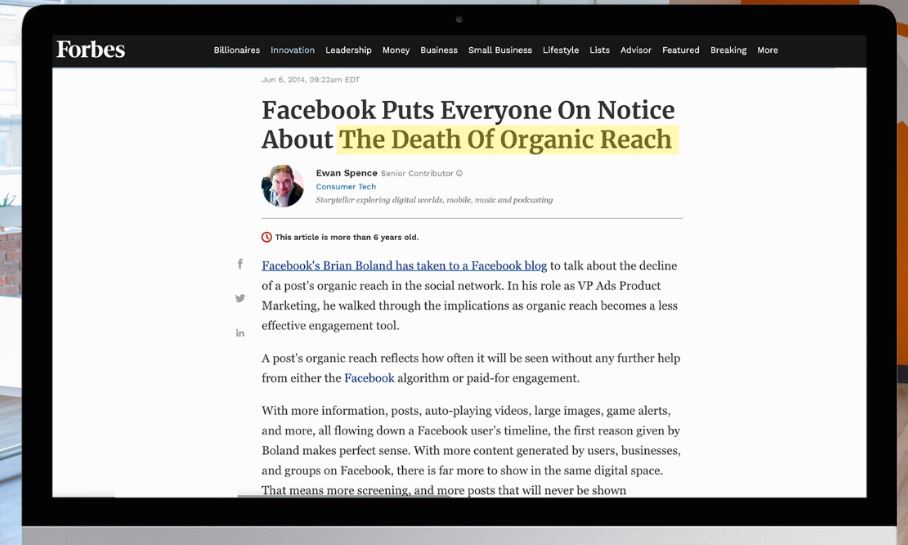 Well, they said, Hey Mr. Company, you can still access your audience, but now you’re going to pay us for the privilege of marketing to them.

Ever since then, Facebook has absolutely exploded to be one of the richest companies in the world. This phenomenon is what Evan Spence called the reach apocalypse. In his article in Forbes, his exact quote was “Facebook stock price moves from nearly $50 to $70 a share adding billions of dollars in marketing capitalization.” That was only in 2014. 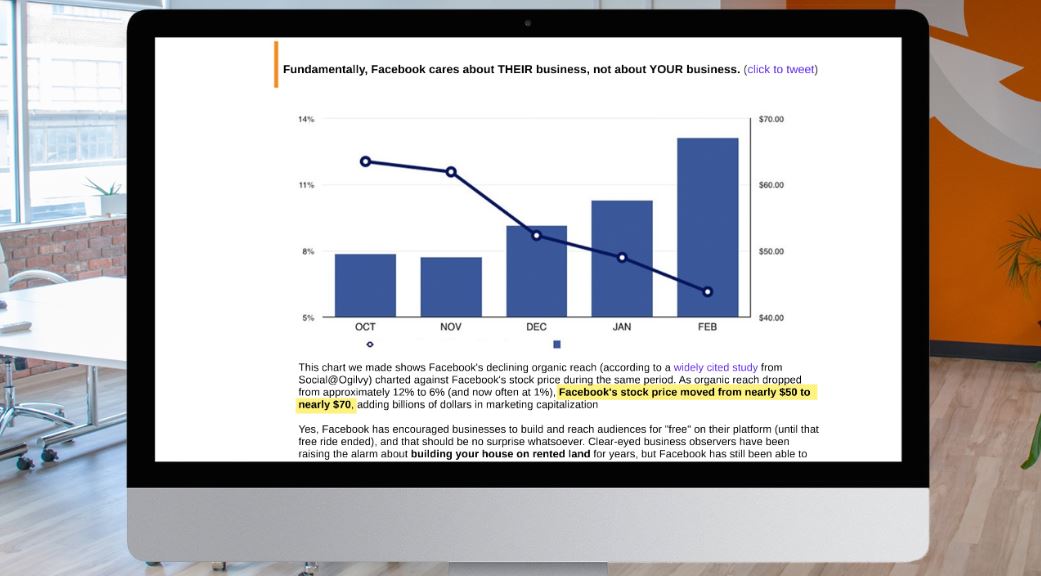 Their growth curve has been nearly straight up ever since. And surprise surprise, nearly all other social media platforms follow the exact same playbook.

Nearly all companies today are staking their marketing futures on platforms that they do not own, and whose rules they did not create. At any given time, these platforms can change the rules just like that.

It’s what Joe Pulizzi from CMI and The Tilt says, “operating on borrowed land.”

So here’s the deal, I don’t think you can win in marketing without social media, SEO and paid advertising.

These are the same platforms that I’m talking negatively about. What I am trying to do is tell you to proceed with caution knowing that the companies that put all their eggs in one basket, sooner or later, usually pay the price.

And my final thought is this.

While I’ve been talking very negatively about how Facebook rose to power, other than Google and maybe programmatic advertising, social media paid advertising is possibly the best way to develop a laser focus on how to reach your ideal buyer persona. 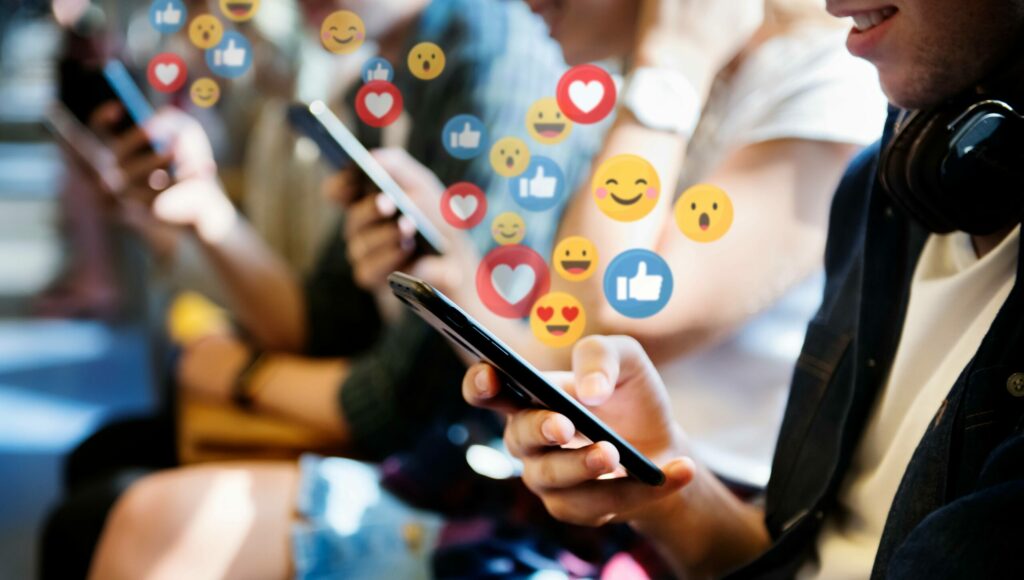 Few other platforms provide lookalike audience technology that allows you to reach an audience very similar to your ideal persona.

So while I can be sour grapes about Facebook, it can’t be ignored either.

So what did we learn today?

Well, the first thing is, when you understand how social media companies make money, you can plan accordingly.

Next, you learned what the reach apocalypse is, and how it changed the landscape of marketing.

Finally, we talked about the dangers of putting all your eggs in one basket from a marketing perspective.

So my question for you is, how are you using social media to engage your current customers and expand your reach to new potential clients? We’d love to hear more from you!

I hope that you learned something. It’s our goal to bring as much value as possible.

Finally, I’d like to share with you something very special. Over the last 21 years, my team and I have developed something that we call the Farotech unique process. If you’d like to see it, we put it all in one place, https://farotech.com/digital-marketing-process/.