What are Elevator Pitches?

Nearly every sophisticated marketing plan that I have ever been a part of always has something designated to developing an elevator pitch. If you don’t know what an elevator pitch is, it’s simply a summary of what a company does, and what they try to do is that they try to present it as succinctly, effectively and efficiently as possible. 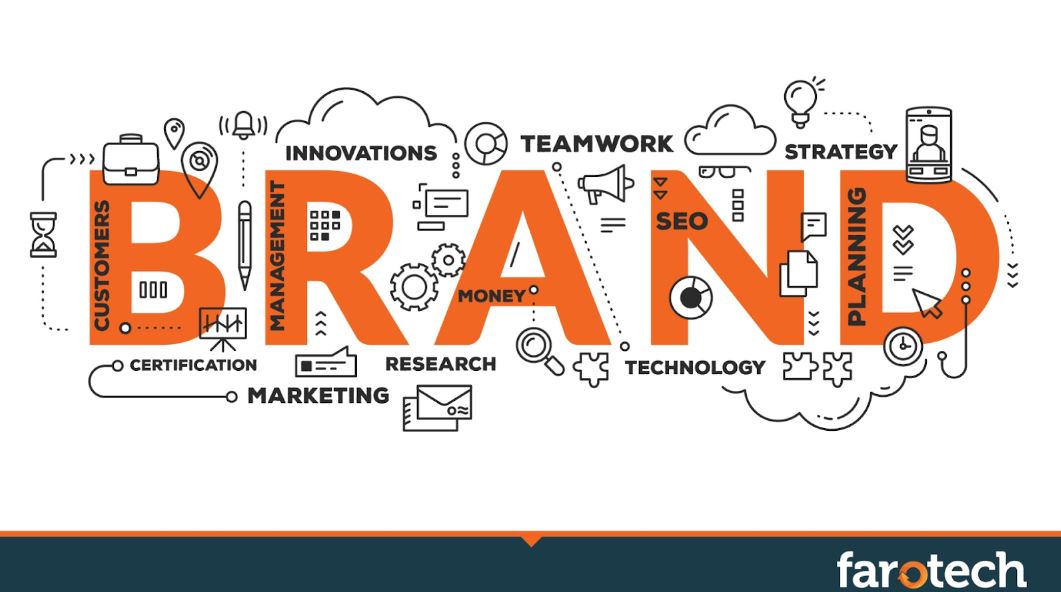 You know you’ve got it right when you can tell your company’s story in the length of a single elevator ride. Hence the name, elevator pitch! There’s one big problem. They don’t work well, at least 99% of them don’t.

The premise of this approach is usually spot on, however, it’s always in execution where things fall off the rails.

In this blog post, we’re going to talk about why elevator pitches fail and what you can do instead. More importantly, I want to show you something better. We call it the “story guide one liner”. I’m Chris Carr with Farotech, and these are the reasons why elevator pitches are dead.

Let’s dive in. So why am I so hard on elevator pitches? Well, the main reason why is because most companies, mine included, put the best possible minds all together in one room to build out our pitch.

Rather than focusing on it being digestible, what we do instead is we dissect every single word to make sure it’s as accurate as possible, and then eventually, we get to a spot where we can’t leave “good enough” alone. 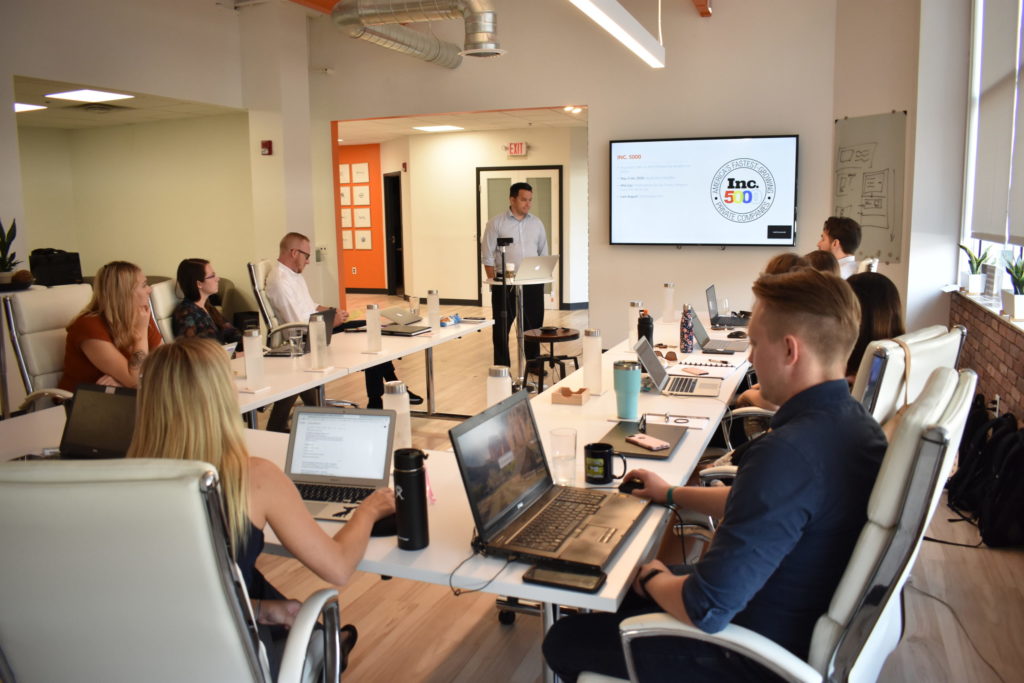 Next, we had all the specifications about our products and services in the pitch. So what is the outcome?

You see, that’s why elevator pitches commonly fail. You see people in your company spend a ton of time and energy memorizing the pitch, but it’s so complicated and it’s so incredibly awkward that they usually only memorize about 80% of it.

My bigger concern is not that your team memorized an elevator pitch that’s super clunky and indigestible. I’m more concerned with the other 20% that blurts out a message that lacks the consistency that we originally approved.

If one person does that, it might not be so bad, but when your whole sales team is doing this and they’re saying things in their own way and in their own fashion…. that’s a big problem.

Donald Miller, who basically is the inventor of this one liner principle, talks about this at length.

That’s the exact thing your salespeople are doing with your brand when they use ineffective elevator pitches.

Finally, the last thing that I hate about elevator pitches, and this is commonly what happens and why I know they don’t work, is that you go and you memorize the elevator pitch and you present it, and then the client or the potential client says, “Well, what does that mean?”

Then you go and you speak it in English. It’s just one of those things where you needed to do this cool marketing thing, you worked really hard on it, memorized it, and then you blurted it out and it just doesn’t do anything. It can ruin your chance to present your company and your brand effectively.

So what’s the alternative? That’s a great question. I’m glad you asked.

What are One Liners, and the Science Behind Them

The alternative is something we call the “one liner”. Donald Miller in his book talks about it quite a bit. It’s taken from taglines and one line descriptions that writers use to sell their screenplays. 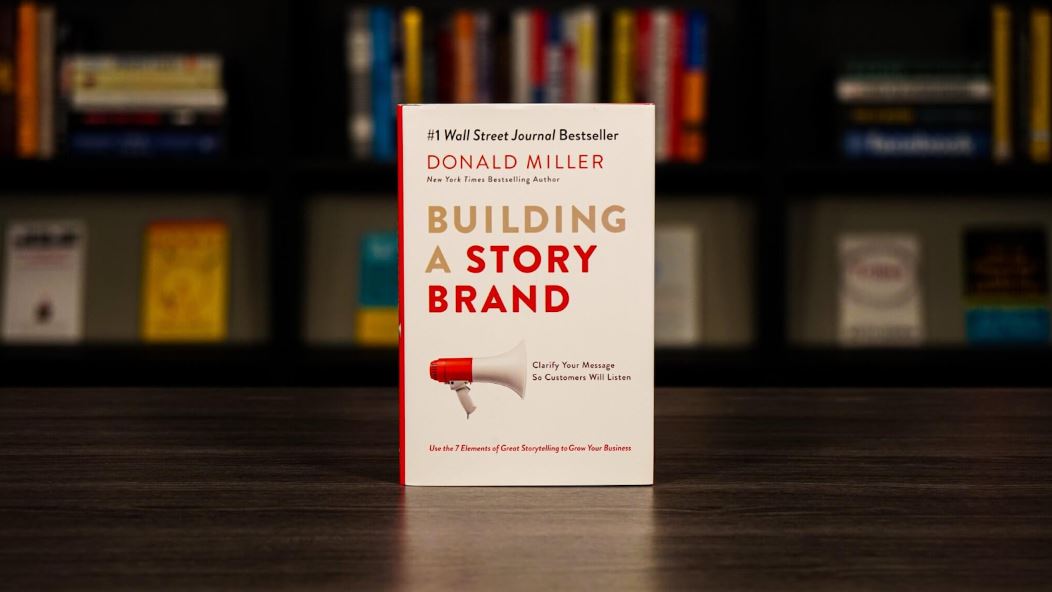 The power of the one liner is broken down into two very important concepts.

Now I want to talk about the three critical parts of the one liner that make them effective.

What I want to do is walk you through some successful one liners. But before I do that, I want to talk to you about a big mistake that my company made.

What I did is I read Donald Miller’s book and I dove in with both feet. I learned the entire premise of the book. I also dove into the art and science of one liners.

Then what did I do? The same thing you would normally do with an elevator pitch. I put my best possible minds all in the room at one time to work on it.

We started out with a good concept and then we tried to find out how we can make it better. We started battling with each other and started dissecting every single word and nuance.

What resulted was a masterpiece. It was so good in fact that we were high fiving each other and congratulating ourselves. Finally, we had something that spoke to the heart and the minds of the people that would buy our products and services.

It was a very proud day when I got to take that one liner and present it at my all team meeting. I walked through the entire approach, how we got from here to there. As I read the one liner to my entire staff, it was amazing. 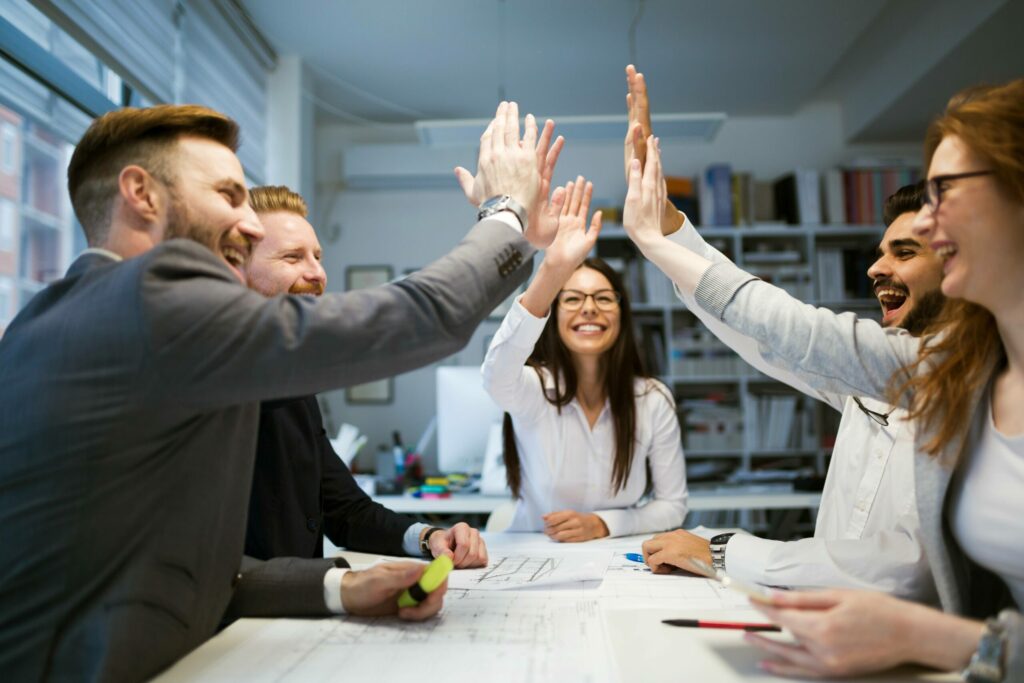 They had tears running down their faces, they were so inspired! Except none of that really happened. In fact, it flopped miserably….

You see, what actually happened is that, even as I was reading it, I realized again that it was just messy marketing. Just a piece of crap.

So now I was pissed. I went back to the drawing board.

Before I went back to the drawing board, I came up with the idea, or at least a pro tip in my mind. Here’s what I learned: It’s really important that you don’t fall in love with the sound of your own voice.

Feedback and patience is key. Test, test test. Dont be prideful. Just get it right.

Alright, so let’s walk through these one liners. Here’s Donald Miller’s: “Most businesses struggle to talk about what they offer. We make a process that helps them clarify their message so that their companies start growing again.”

Did you hear the three parts?

Let’s do a few more. Pet stores. “Pet owners are concerned about what foods their pets are eating, so we sourced our food from trusted local vendors, which ensures your pet stays happy and healthy.”

Financial Adviser. “Most people can’t get their heads around their financial future, so we created a financial map that puts all of your info on a weekly dashboard, giving you peace of mind about your finances.”

Used car sales. “Nobody likes to haggle with a car salesman, so we removed the salesman entirely. You can choose and test drive a car hassle free so you have a peaceful experience getting the car that you want.”

Okay, so I’ve gone through three different one liners. Do you see how all this is coming together?

Let me show you the one that we flopped on. I’ll tell you why it flopped, and then I’ll read through the one liner that we chose and why I liked it.

So here was our one liner. “Most companies can’t clearly achieve ROI on their marketing, nor do they have the time to do it effectively. Farotech provides the strategy and execution to not only track marketing spend, but to identify the most effective channels so you can make data driven decisions to scale your business with command and clarity.”

Let me tell you why it flopped. Well, the first thing is that it actually got a little bit confusing. It was really long winded and areas were pretty clunky. We started to figure out if people are going to know what marketing channels are and if there were any marketing ease words that are just not needed.

What I was really trying to fight against is potential clients asking, after I say this entire pitch, “So what do you really do?” 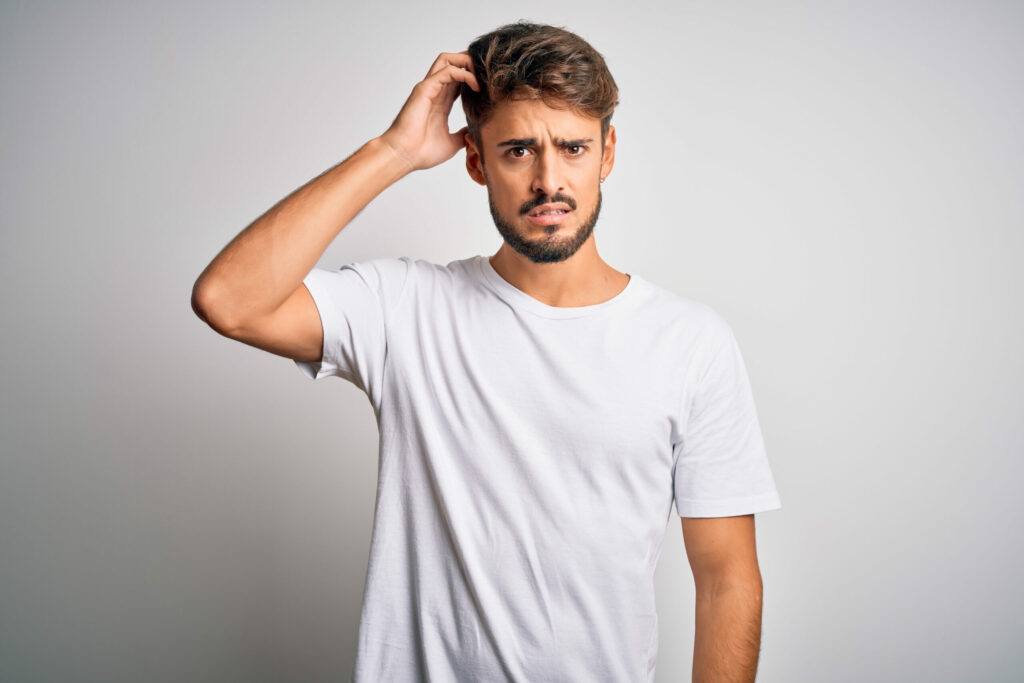 So here is the revised version, I’m going to walk through it step by step

With that said, it’s possible they don’t have the expertise as well. We’re gonna come in and we’re going to fix the time problem and the expertise problem.

What they do is live off of hunches and other ideas that they come up with along the way, and while those ideas are good, they’re not using the numbers to tell the story.

So here it is. All together: “Most companies struggle to prove ROI on their marketing because they don’t have either the time or the expertise. Our system ensures our clients make data driven decisions, while we provide the strategy and execution to grow their business.”

So what do you think, could it be slicker? Probably. Actually, absolutely. You know what though, just because I could, doesn’t mean that I should.

I like it the way it’s at because it’s very digestible and it’s very clear.

So I’m going to push it back on you. What do you guys think? If you like it, or you think you can improve it, you can shoot us an email at [email protected] We would love to hear from you! 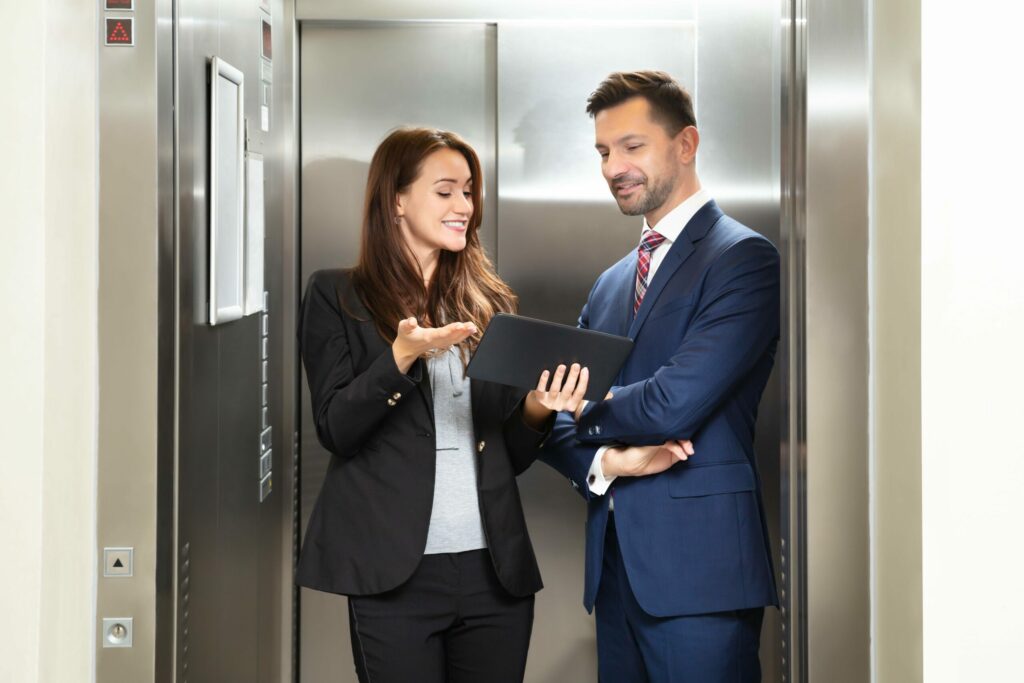 So now that you have your one liner, what do you do with it?

After you’ve spent the time and energy testing, you want to go back and you want to train your staff so that they know it ice cold.

Next, you want to put it front and center on your website, your marketing collateral, and even things like your email signature.

And then finally, you’ve got to find ways to say it as often as possible.

Now, I’m gonna throw it back at you one more time. Have you done these exercises in the past? Have you heard about the one liner before? If you have, I’d love to hear your stories.

So what did we learn today? Well, we learned that 99% of the time, elevator pitches are ineffective.

We also learned how to replace the elevator pitch with something we call the “story guide one liner.”

We learned the three critical steps of the one liner.

Finally, once we develop that one liner, and it’s complete, we learned how to effectively implement it into our marketing.

I hope you learned something. It’s our goal to bring as much value as possible.