Since 2006, Twitter has become one of the most prominent social media platforms. Twitter has evolved with its own set of Twitter terms and language, with abbreviated forms of common phrases. It also has its own social rules and etiquette, which relate to citing other people or connecting directly with them. 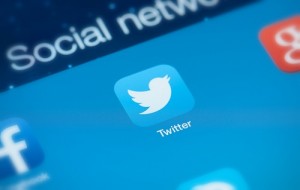 The “Tweet” is the most commonly used Twitter term. Whenever you post an update, your followers see a “Tweet” coming up on their news feed. The tweet can only be 140 characters or less. The news feed is what comes up when you open your Twitter homepage, and it consists of the most recent tweets of all the people you are following. Unlike other social media such as Facebook, the “follower” feature is not necessarily two-way. Unless you have opted to follow someone, you will not see their Tweets, and vice versa.

People use Twitter generally for news, such as as-it-comes updates for sports, or lectures if you’re an academic type. Tweeting is a way to express opinions, share news sources, or report on events as they are occurring –real time! You can see what the people you’re following are posting, and you can also search news in a particular area by using the #, or pound key, which on Twitter is called a hashtag. If you want to learn about what people are saying in your industry, you simply search a term with # in front of it; such as #doctors. What’s important to note here is that this means that anyone else can search your tweets as well, not just your followers. Anyone could be reading what you post!

A few things to note about Twitter terms: you use Twitter not only to post generally, but can address a Tweet to someone else. The @ sign is used to call out someone else’s username in a Tweet, or to send a message or link to your profile. You can put a period before the @ mention so that all your followers see your Tweet in their news feed. If you don’t put the period before the @, only the people who follow both of you will see it. In addition, you should know MT and RT. MT means “modified Tweet,” which you put before anything that you are re-stating. RT is a direct posting of someone else’s comment, so you allow people to go to the original source if desired.

Farotech specializes in helping companies get off the ground in a variety of marketing strategies, including Twitter. We assist companies from many industries in expanding their online presence. If you like what you see here and want to learn more, contact us at 267-387-6620 or mail at [email protected].

3 Blogging Techniques to get your business off the ground