If you’re thinking of creating a Twitter account for your business or even for yourself, but just aren’t sure what all those crazy Twitter users are even talking about when they use the special Twitter jargon, this blog is for you!

Our goal is to offer you a quick, easy overview…sort of like your own little Twitterary (that’s a Twitter Dictionary, of course!) Once you understand what these terms mean, you’ll be ready to create your Twitter handle (our first term) and get started Tweeting and Retweeting (see dictionary below for definitions) …. 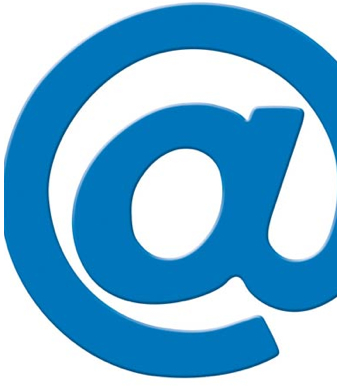 sign up to use Twitter you will be asked to create this name. This name will be what you use to sign into your Twitter account and will be the name that other Twitter users will know you as. It doesn’t hurt to take some time to think through this one a little. A good handle is one that identifies you easily, but is also a bit creative.

There are a TON of Twiitter users around the world, but that doesn’t mean everyone is going to be looking at what you post. Followers are people who choose to follow you and then receive updates about your posts, which will show up in their Twitter stream (a later word…keep reading).

To become a follower of another Twitter user, simply find their page and hit the “follow” button. This will, in effect, “subscribe” you to that person or company’s status updates.

Also known as “tweets,” status updates are the meat and potatoes of the Twitter world. These are short posts Twitter users can write and publish on their pages. They have to be shorter than 140 characters, so use your words wisely! Also, if you hear someone using the word “tweet” as a verb, don’t be confused. Just substitute it in your mind with the verb “post” and it will all make sense.

If you become a follower of someone’s status updates, that user will be notified via email that you have chosen to follow him/her (that is, if they have chosen in their account set up to receive notifications about new followers). This notification email will contain a link, which will allow the user to decide whether or not to follow you back. In other words, anyone you follow will have the choice to also subscribe to your status updates now that you’ve subscribed to his/hers.

A Twitter stream is simply a person’s list of real time status updates, which is displayed on each user’s respective Twitter page. If you’re used to using Facebook, this is similar to the good ol’ FB “wall.” 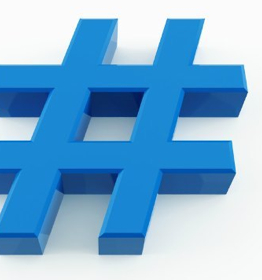 The hashtag is probably the most well known Twitter term and is a tool used by Twitter to help group topics. Whenever a hashtag is placed before a word, for example: #universe, Twitter groups that particular “tweet” (or post) into a larger conversation going on all across the Twitter world. Anyone wanting to follow the conversation about #universe, can do a simple search and have access to all of the posts in this category. Hashtags are especially useful to identify posts that are related to a news story, a timely event or even to organize conversations among certain users (for example, you might tell your family members to follow #JonesReunion2013 for any updates on plans for this summer’s big family reunion at the Lake!

Direct messaging is a tool on Twitter that works similar to a personal email. When someone sends a direct message tweet to another user, it is private and not posted into streams.

This is essentially another way of sending a more private tweet. The @ symbol placed in front of another Twitter user’s handle will ensure that particular tweet is only seen by the specified user and not placed in streams. User their handle is almost like addressing that particular post to them.

To retweet something is simply to repost another user’s tweet onto your own stream. If you really like or agree with something another Twitter user says, you’ll probably retweet it.

This is an event for Twitter users to meet up and network.

These are tweets that have been promoted by marketing efforts. Like Facebook and the other major social networks, Twitter is utilized just as much for business purposes as it is for personal use.

Any Twitter user can create one of these. This is a list of specific users whose tweets you would like to have appear on your homepage.

This is another popular Twitter term that refers to the list of topics which are currently popular on Twitter in real time. Topics that are “trending” are the things (usually identified by hashtags) that the most people are tweeting about right now! The list is displayed on the side of every user’s homepage and can be organized according to geographical location. Twitter develops these lists using popular words, phrases and hashtags.

We hope this list has been helpful to you. Have fun exploring this amazing social network. If you are considering using Twitter for business purposes, we’d encourage you to make those efforts part of a more comprehensive social media marketing strategy. Call Farotech for more information on how to make that happen for your business!